The Parker Red 12U baseball team stayed hot last week, winning three games while giving up just one run in the stretch.

First in the run was winless Tea Reiland. The Pheasants and Titans were locked in a 0-0 game when both teams tacked on one run. Parker pulled away in the fourth inning, scoring 10 straight runs as Nolan Mitzner, Brady Beyer, Brock Frederickson, Caleb Wieman, Evan Voeltz, Garrit Postma, Eli Anderson and Mason Hohn all got in on the scoring fun. Parker went on to win 10-1. Leading the Pheasants from the mound was Beyer, who went three innings, allowing just one run. Parker was sure handed, never committing a single error.

In their second game, Parker Red faced off against Tea Frank. Parker jumped on the Titans early, putting up five runs and never looked back, taking the win 10-0.

Beyer, Luke Travnicek, Wieman, Anderson and Postma all scored in the first. Pitching for the Pheasants was Jake Van Vliet, Jack Anderson and Caleb Wieman.

In their final game of the week the Pheasants faced off against Lennox Hanssen.

Things were tight through three innings, with Parker up 2-0 but a strong fourth inning had Parker up 6-0, where they held on through six innings to take the victory 6-0.

Wieman gave Parker the first go–ahead run while Mitzner added another in the third.

Frederickson, Postma, Anderson and VanVliet all scored in the fourth, pushing the game out of reach for Lennox, and pushing the Parker Red record to 6-1. Leading the pitching on the night was Frederickson and Travnicek.

“The boys have been getting better every game,” said head coach Mike VanVliet. “I am very proud of how they support each other and help one another improve each week.”

The wins locked up Parker Red with second place seeding in the league tournament, set to be played in Parker this weekend, June 25-26. 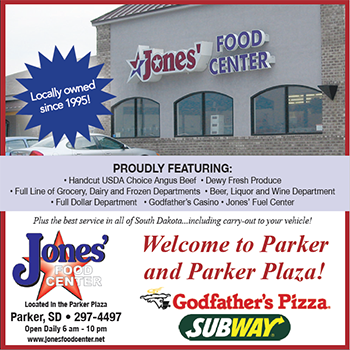 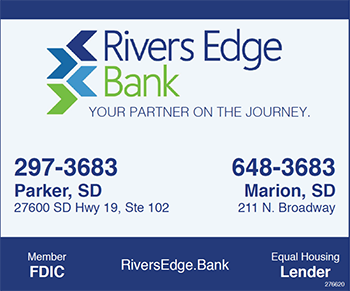